Be on the look out!  The festival programme has some exciting things to see and do. No more so than a live Cellograff* installation outside Abbott’s chemist, int he High Street on 22nd September. 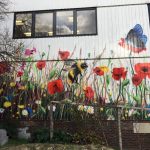 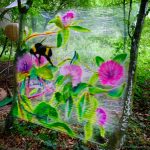 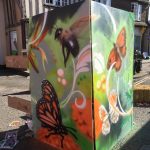